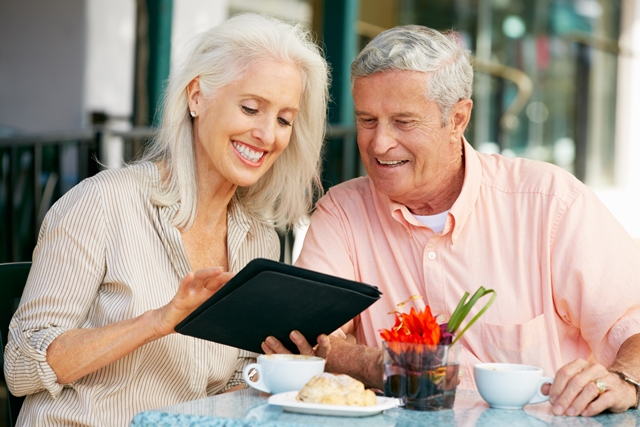 Astonishing results of a recently published large-scale study in cognitive training indicate that certain computerized brain-training exercises can significantly lower risks of dementia or cognitive decline, even years after the training!

The news is of great interest to all those who want to maintain cognitive skills as we age. Older adults are at increasing risk of developing dementia, the odds doubling with every decade of life: starting at 12% in the 60s and reaching near 50% in the mid-80s. Existing medication and therapies fall short in curing, treating, avoiding, or delaying the onset of dementia. Besides living a healthy lifestyle, exercising, and reducing stress, finding new ways of tipping the scale in our favor is a mission for researchers world-wide.

The latest results, published this July, emerged from the Advanced Cognitive Training for Independent and Vital Elderly (ACTIVE) study. Researchers compared the effects of brain training in 2,802 cognitively healthy seniors with an average age 74 at the beginning of the study. Participants were divided into four groups: the first got a classroom-based course designed to boost memory, a second group got a classroom-based course designed to sharpen reasoning skills, a third group was given commercially available computerized training designed to accelerate speed of visual processing, and the fourth group got no training at all. Trainings were limited to ten 60–75 minute sessions over a five-week period.

Participants in each of the groups who received training showed an immediate improvement in the cognitive ability the training addressed, durable through five years of follow-up. But at a ten-year follow-up with participants, researchers were surprised at the sizable differences in cognitive aging of the study’s four groups–of those receiving no training, 14% suffered significant cognitive decline or dementia, with 11.4% in the classroom memory training group, 11.7% in the classroom reasoning training group, and 10.5% in the computerized speed-of-processing group.

Statistically, for those who got the computerized brain-training exercises, the risk of developing dementia over ten years was 33% lower than for participants who got no training at all. Cognitive decline or dementia was less among those in the speed-of-processing group and when it appeared, it came later.

A smaller group of the computerized-training participants also got additional refresher classes 11 and 35 months after the initial training. For them, the risk of cognitive decline or dementia went down even further. Compared to study participants who got no training at all, they were 48% less likely over ten years to experience dementia or cognitive decline.

The computerized brain-training exercise used in this study is the Double Decision game, commercially available as one of a suite of cognitive exercises marketed online by San Francisco-based Posit Science. The game is designed to train users to increase speed of visual processing, a cognitive skill that declines with age, by exercising their ability to detect and respond to cues that appear quickly in varying locations on a computer screen. With colorful graphics, the game challenges players with escalating difficulty as their proficiency increases. The entire suite of games can be assessed by users over the computer of electronic device (such as an IPhone) for a monthly subscription of $14, or $96 yearly.

Computer-based brain-training programs are now a multimillion dollar industry, with a wide variety of programs available on the web, although not every commercially available program is designed to increase speed of visual processing. Therefore, the results of this study cannot be interpreted as if every computerized-training program will yield the same benefits.

If you are seeking a computer-based program to enhance cognition and reduce your risk of developing dementia, consider the following:

• Participants in the ACTIVE study who received only 10 hours of computer training reduced their risk for dementia by 30%.
• Participants who received an additional 5 hours of booster trainings further lowered their risks by 48%.
• Benefits were measurable a decade after the training was performed.
• The computer-training game Double-Decision, by Brian HQ, used in the study specifically targeted visual speed of processing.
• Double-Decision was in its earlier version (1990s) when it was used in the ACTIVE study. Since then, technology has increased leaps and bounds and far more advanced graphics are used in current available versions.
• Many other popular computer games, including video games, also train visual processing speed and may have similar cognitive benefits as the program utilized in the study.
• Reconsider the notion that your teenager is wasting his time away playing games at the arcade, or on his IPad: he may actually be going through an intense computerized brain-training even though he thinks he is just having fun!

Results of a study on the benefits of computerized games on the Y2K generation may only become available a hundred years from now!