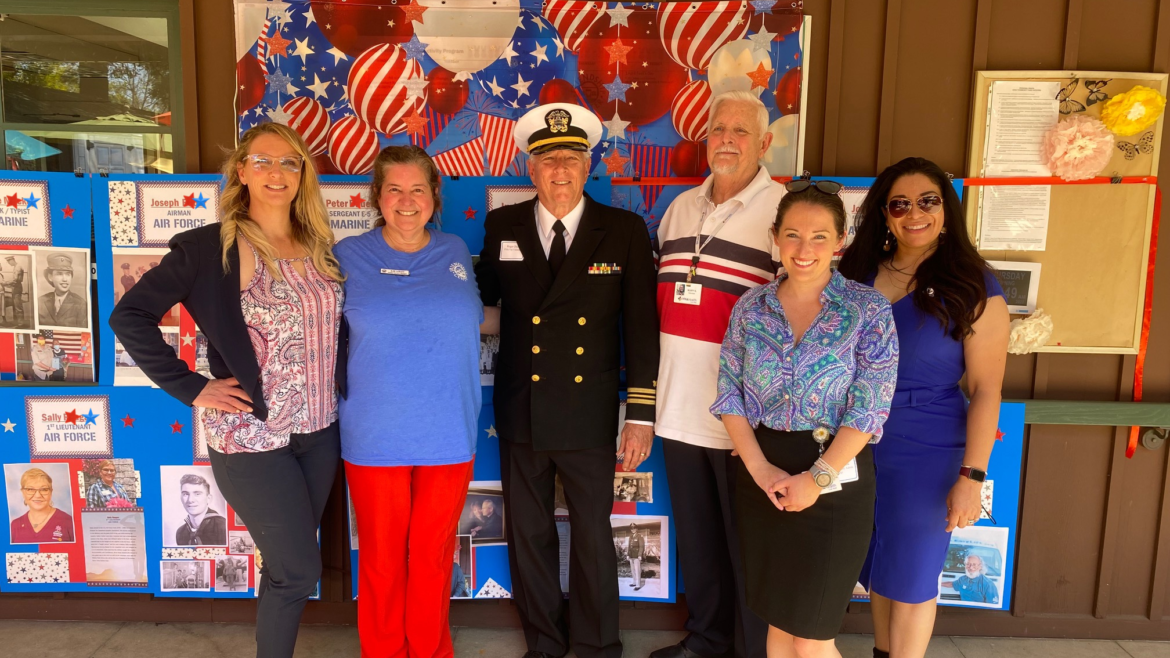 Friendship Center in collaboration with VNA Health were proud to host a very special Veterans Pinning Ceremony on Thursday April 7th. This event honored and recognized 14 veterans, 11 of whom are currently members at the Center. Army, Air Force, Marines, and Navy were all represented by our veterans who fought in WWII, Korea, Vietnam, and Iraq/Afghanistan conflicts. We are proud to honor our veterans!!

Our care partner, VNA Health, typically holds individual pinning ceremonies for veterans on hospice care, surrounded by their families and pinned by someone from their branch of the military. In this rare opportunity, VNA Health and the Friendship Center were able to expand this event for the large number of veterans at Friendship Center, and share this recognition with the Santa Barbara community.

The event featured music by Sue Gentry (“Oboe Sue”) who played each military branch’s theme, entertainment by therapist and comedian Carol Metcalf, the National Anthem performed by Deborah Bertling, and an invocation from All Saints by the Sea Church. Hosted by Boy Scout Commissioner Tom Parker, each veteran’s story was read while being pinned by a ranking officer of their branch. They were presented with pins, certificates, and a handmade quilt from Coastal Quilters. Audience members cheered for each veteran, and were able to see photos from their time in the service.

“Everybody was doing something for the War Effort in those days and I wanted to help out too . . . I am very happy with the many VA benefits that I have received including the ability to buy my first home at a very low interest rate, even going into a Retirement home, should that day ever come, and best of all, the VA pays for me to attend the Friendship Center where I have made some very good friends and is a great place to be.” – Robert Antonini, Private First Class, Infantry Army, WWII Veteran