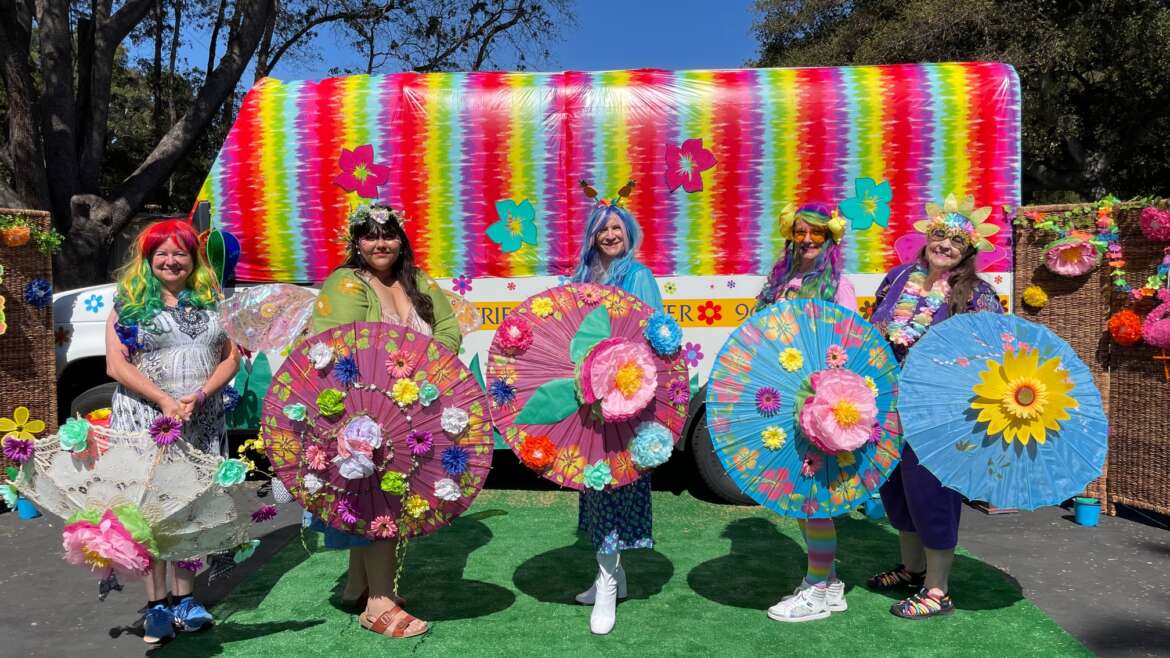 Friendship Center staff hustled and bustled with excitement last Thursday in preparation for their public performance in the Virtual Solstice Parade. Development Director Sophia Davis choreographed, planned and coordinated with filming partner Jinny Ahn from Summer Solstice Celebration, Inc. to pull off a performance worthy of the big screen!

The outdoor film set centered around Bessy the Friendship Center bus, all decked out in colorful décor and covered in flowers, in accord with this year’s Solstice parade theme, “BLOOM”. With a faux grass ‘stage’ and lots of blooming decorations, Friendship Center staff members performed a parasol dance spinning their parasols – which were richly adorned with florals. Multicolored wigs and colorful clothing spun in a whirlwind of flowers, rainbows and joy, to delight audiences near and far in the upcoming 2021 Virtual Summer Solstice State Street Parade which will be shown two places, on the big screen and on television.

The first showing will be Saturday, June 26 at the Arlington Theater (sign up for free tickets at www.solsticeparade.com) from 10-11:30am.The second showing will be aired on television Sunday, June 27 from 4:30-5:30pm on KEYT News Channel 3.

Be sure to catch Friendship Center spreading JOY to our beautiful city of Santa Barbara in this BLOOMING virtual parade!