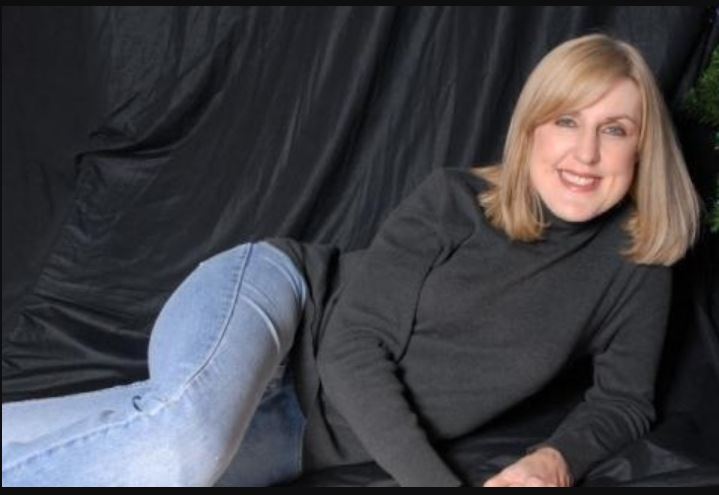 Friendship Center knows Carol Metcalf for the time she volunteers running a Veteran’s Support Group. What members might not know is that Carol, in addition to being a licensed Marriage and Family Therapist and adjunct professor at Antioch University, is a SAG actor, comedian and documentary filmmaker. Her award-winning documentary “It Only Hurts When I Don’t Laugh” is on YouTube .

Ask Carol Metcalf how she learned comedy, and she isn’t shy about giving an honest answer. “Growing up in an Air Force family with a bipolar mother,” she says. “It’s hilarious!”

Carol, whose father was stationed at Gander Air Force Base on Gander Bay Newfoundland was the eldest of three girls. Humor was her way of helping her younger sisters cope with their mother’s mood swings. “When things started to get dire and my mother was having a breakdown and yelling at my Dad, I would entertain my sisters and make them laugh.” She got good enough at doing impressions of her mom, that she could even made her mother laugh too. Though of course it wasn’t as simple as that. “She’d get angry later,” says Carol.

Like the experiences that shape all of our lives, there were highs and plenty of disorienting lows to eventually laugh about and cull for material in her comedy act. She attended 10 schools growing up, due both to the military family life and her mother’s peripatetic nature. “My mother had a habit of packing our bags and taking us to Texas,” she explains. “We’d stay with my Texas granny.”

Looking back, Carol sees how time spent with her grandmother, while further depriving her of a regular school schedule, also showed her how to come to terms with her home life. Her grandmother took Carol and her sisters to a Pentecostal Church whose congregation was largely African American. Carol is agnostic, but she has fond memories of the congregation. “It was so beautiful,” she says, recalling the community, the singing and the preacher. “The way the preacher told sermons, he’d say ‘Now I know a lot of you didn’t want to get up and come here today.” In the congregation, led by the preacher, people would laugh about their problems and shortcomings.

By way of a teen modelling career, Carol discovered comedy. She joked enough around her Dallas modelling agency that someone finally dared her to enter a standup competition in San Antonio. She took second place in the competition, and was hooked.

Together with her first husband Carol packed her bags and moved to Los Angeles in 1986. Her big break came when she passed an audition at the Comedy Store. (Still a regular at The Comedy Store, Carol has done USO tours, appeared on Comedy Central Stand Up and Girls Behaving Badly.) However, it wasn’t long before the sexism of the comedy world got to her. “Women in showbiz have a much more stringent way of being judged,” she says.

Eventually, heartbroken after four call-backs for a major movie and not getting the part, she decided she was done with Hollywood, if not comedy.

After earning a master’s degree in marriage and family therapy, Carol now draws on her comedy chops to help others gain a humorous perspective on their own problems. She calls it “reframing the ironic,” and explains, “Say you have a wife whose husband comes home and slams the front door, walks into the kitchen and leaves the refrigerator door open, infuriating his wife” she explains. “You can see the humor in it.”

Humor is Carol’s therapy niche. “I am the funny therapist,” she says. “Laughter is literally healing. It blocks the cortisol coming from your amygdala to your frontal lobe and raises your endorphins, our happy hormones.